1. Where and when the workshop is going to take place?

The workshop is going to take place on 13th and 14th of May 2016 at the University of Warsaw.

2. How can I travel to Warsaw?

If you are abroad – we have two airports near Warsaw.

One – in the city center – Warsaw Chopin Airport 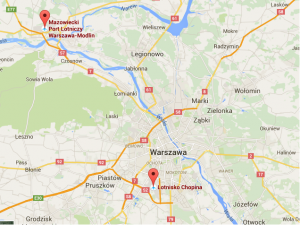 You can also travel by train. We have three main stations – Central, Eastern and Western Railway Station.

3. What topics will be discussed during the workshop?

The grant for the project “Logical Connectives in Natural Languages” and “Warsaw Workshop in Philosophy of Language” is funded by the Ministry of Science and Higher Education under the third edition of the National Program for Development of Humanities (“Narodowy Program Rozwoju Humanistyki”.)